Fans of Robert Zemeckis’s brilliant special effects, and of Jim Carrey’s transformative acting abilities, will be swept away by their collaboration in the stunning A Christmas Carol. Perhaps more surprising is that Charles Dickens purists will also be impressed and captivated by this version of the oft-told tale–which is dark, complex, and in its way, uncompromising. Which is all to say that this Christmas Carol is an instant holiday classic, easily taking its place alongside the Alistair Sim version, the Patrick Stewart version, and even the Mr. Magoo version of the tale of Ebenezer Scrooge and his ultimate holiday redemption. Carrey is dazzling as not only Scrooge, the most miserable, and miserly, man in 19th-century England, but as the Ghosts of Christmases Past, Present, and Future. 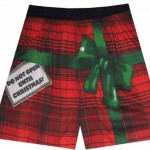 Do Not Open Until Christmas Plaid Boxers for men 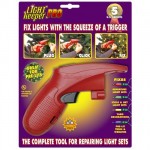